Many thanks to this week’s participants! If you wish to join in, guidelines are on the After-Before Friday Forum page.

My submission: The photo I’m showcasing this week is another one I shot while photographing planes at Ronald Reagan Washington National Airport outside of Washington, DC. The image was horribly underexposed, but I decided to put Lightroom through its paces to see what I could come up with.

After making the video, I realized two things: (1) My sharpening preset on import was responsible for adding a bit of the noise to the photo – I would have needed less noise reduction had I chosen to decrease the sharpening first; and (2) I could have brightened the photo more, using a different combination of the exposure/highlights/whites sliders, but with the uninteresting sky (it was very hazy), I opted to give the photo a more “overcast” look – I’m not sure that was the better choice.

In any event, I just love the power Lightroom has to rescue me from badly chosen camera settings! 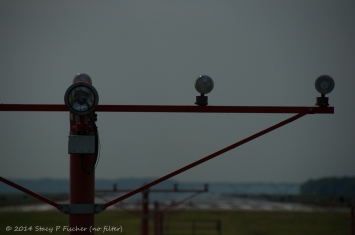 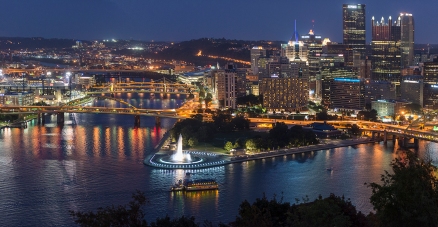 Robin says: My submission for this week’s Forum is an example of minimal change and it might even be hard to see the difference at this size.  The “After” version shown here has undergone a few adjustments in Adobe Camera Raw and the only action taken in Photoshop was some sharpening. The final image is a Photomerge with one other image taken a few seconds after this one. Details on the capture, post-capture and the location of the shot can be found on my post located here. 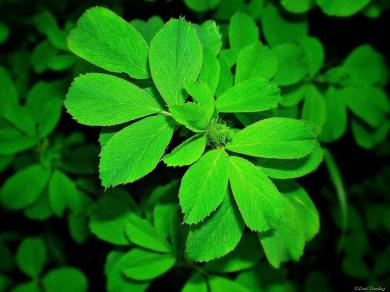 Loré says: It’s been raining for days, weeks, months…So I needed some color to cheer me up. Took this photo months ago, while I was playing with a borrowed Olympus. It was a middle of a cloudy day, but it turned out like it was a night shot. Post-processing was done in PicMonkey. For starters I sharpened the image to accentuate the details on the leaves. Then I increased saturation and contrast for a bit and decreased brightness and temperature. In the end I repeated the last step from the previous week and used a Focal Soft feature with expanded radius.

(After), Katie Prior, Drawing with Light 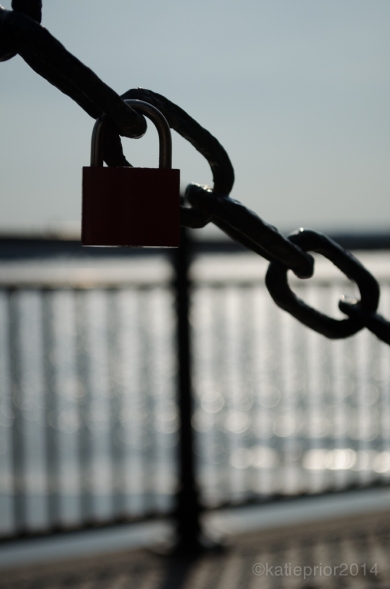 (Before), Katie Prior, Drawing with Light

Katie says: This photo was taken on a warm afternoon strolling around the Liverpool waterfront. The bright light reflected off the River Mersey and the strong afternoon sunlight created very difficult lighting conditions. Very contrasty light seemed to provide the ideal conditions for silhouettes.

I used Lightroom 5 to bring out some detail in the lock itself and to increase the impact of the highlights in the picture. Visit my post here for more detailed steps on how I processed the image.

I liked the original totally silhouetted image, but found the composition too clumsy for a totally dark foreground, there were too many elements all in one place. I needed to separate one element out and the lock was the ideal subject.  I wanted to boost the highlights from the water and also the shadows from the railings.

(After), Emilio Pasquale, Photos by Emilio

(Before), Emilio Pasquale, Photos by Emilio

Emilio says: I love Perfect Effects 8. At least, I loved it until I mentioned that I would do a post about it. Big mouth me! I obtained a free promotional copy in late January of this year and, if Lightroom has elevated my photos by 100% (which I believe it did), then Perfect Effects 8 has elevated my photos by about 50% more. But I don’t believe it should be used as a stand alone. The after and before photos submitted here should be proof of that. There are ten steps between the two images using only Perfect Effects 8. I see a difference. But do you? 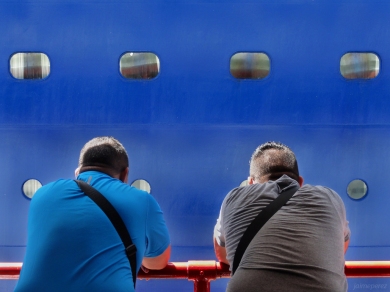 (After), Jaime Perez, My Photolanguage

(Before), Jaime Perez, My Photolanguage

Jaime says: This week I bring a picture from my recent holidays, which I thought to include as part of my Photo Essay “Inferred Feelings,” but there is no way it can work well in B&W. So, I like it in color and not much editing needed.

As always, just some adjustments in brightness and contrast. Furthermore, a mask layer to darken a bit of the foreground blue, in order to highlight the subjects in the foreground and, finally, cropping the image to make it a bit more symmetric. Hope you enjoy it!

Ben says: Sometimes on holiday there are shots you must have and this clock in Prague is a must have shot. With so many tourists wanting to photograph it, getting the best shot can be hard especially if you are part of a tour group. I was so disappointed with my shot, until I edited it.