October 2012 found me inside the fence that surrounds the home of the President of the United States, touring the grounds and gardens during the annual White House fall garden tour. This shot from the South Lawn showcases the south face of the Executive Residence, where the First Family lives. It also showcases the symmetry of the neoclassical Federal design of the Residence – draw an imaginary vertical line down the middle of the photo and the two sides mirror each other.

The beautifully manicured South Lawn (it really was this green!) is the setting for official events, such as State Arrival Ceremonies, as well as informal events, like the annual Easter Egg Roll. Marine One, the presidential helicopter, also arrives and departs from the South Lawn, setting down on three removable aluminum discs that correspond to the copter’s landing gear.

The second-story balcony of the South Portico is called the Truman Balcony, after the President who had it built. It is located off the Oval Yellow Room and is used by the First Family for entertaining or for simply relaxing and enjoying the beautiful view of the White House grounds.

White House Rose Garden, against the backdrop of the open colonnade of the West Wing gallery.

At the end of the West Wing gallery sits the Oval Office. The unassuming exterior provides no clue to the power within. 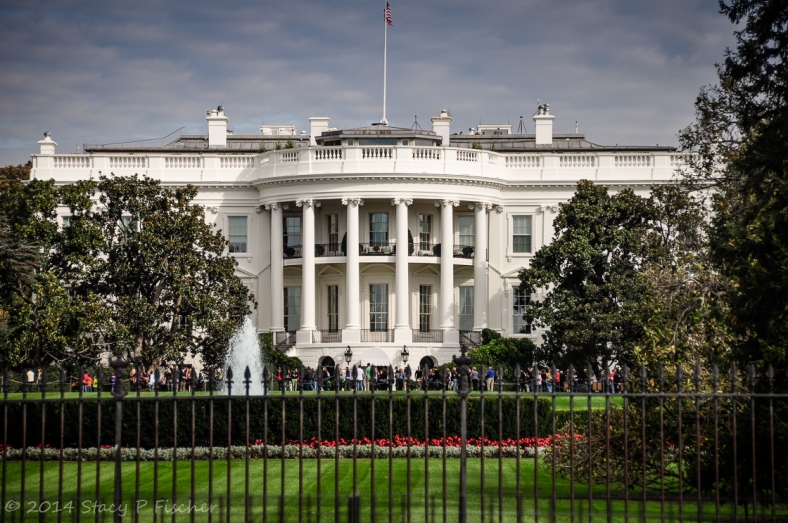