The Anniversary Afters are here! This week, you get to see over a dozen different post-processing interpretations of one image: a scene of the Arno River in Florence, Italy taken by Karen Chengelis of  KCinAZ. And, oh, what creativity there is. Opening the emails from each participant was like opening presents on Christmas!

It’s been a fun three weeks on ABFriday. To recap, back in Week 23, 11 photographers submitted unedited images and you, our loyal readers, then spent the next 10 days voting on which one you wanted to see post-processed by all of us. Last week, Week 25, we revealed Karen’s image the “winner.” And this week, Week 26, we celebrate After-Before Friday’s half-year anniversary with this very special post. All of us hope you enjoy it as much as we have enjoyed putting it together!

So, without further ado, here is Karen’s “before” image, followed by the “afters,” and at the end, a gallery of all so you can watch the changes as you scroll through. Be sure to click on the links to each participant’s blog – you’ll find their own posts “uncovering the magic” behind their “after” images! 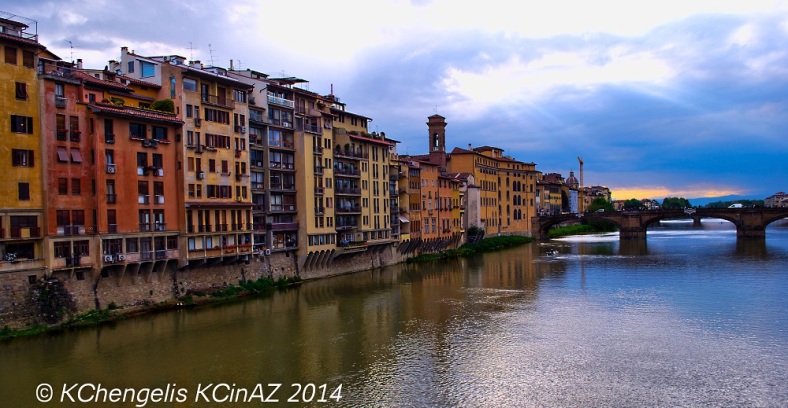 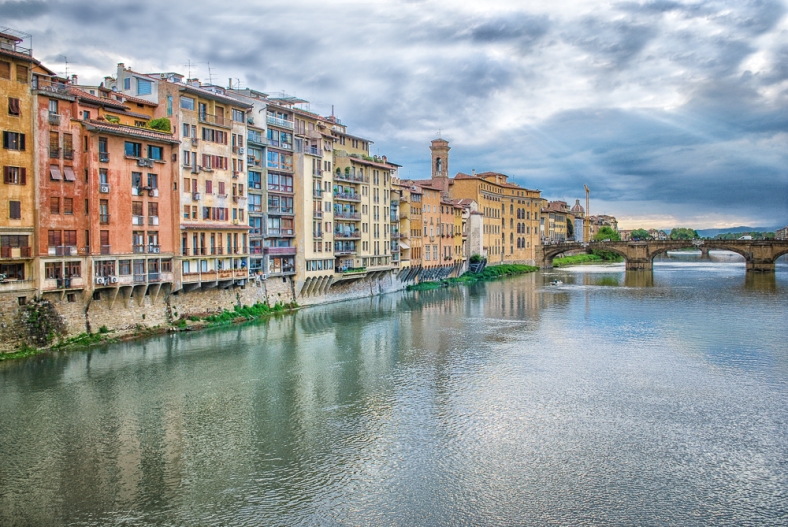 Okay, so I cheated a bit and submitted two images, but I just couldn’t decide which one I liked better. And I figure as the forum curator, I have a little leeway 🙂 Also, I wanted to have this post flow from one image to the next, so I’m breaking out of my ABF mold and will write a separate post on my post-processing steps.

Emilio says: Well, I’ve been having a lot of fun with being the runner-up to Karen’s winning submission! I wanted to wax philosophical about my loss and looked up a few quotes. They are, in no particular order:

“Show me a good loser, and I’ll show you a loser.” Vince Lombardi

“Just because I lost, doesn’t make me a loser!” Emilio Pasquale

Janice says: I wanted to create something that was completely my own. I have in the past used a textured layer, to enhance and change images. When combining images with a textured layer, I have an an opportunity to expand the image from what I saw, to what I felt. By adding textures to the image along with other Photoshop processes, I can change the mood and convey the emotions I felt when witnessing what was before the camera. It was interesting that this image was chosen for the forum, as I had just a couple of weeks ago travelled to Florence and photographed the same river and bridge! I remember the feeling of wonder as I walked down the street viewing the artists sitting painting. I knew I wanted to create an image that reflected those beautiful watercolours as well as the scene before me.

Loré says: Facing the challenge of editing the same image as the rest of our merry little band, made me think really hard. I guessed there would be some monochrome versions, some cropped versions and versions that would probably make my jaw drop in astonishment. So, I decided to go overboard and play to the fullest. When I figured out I wanted to turn the image into a painting-look-alike, the biggest thing was to crop it, so I coud get this long, streched composition mimicking the real canvas. When I converted it into oil painting through FotoSketcher, I played some more with colors and exposure. Voila! 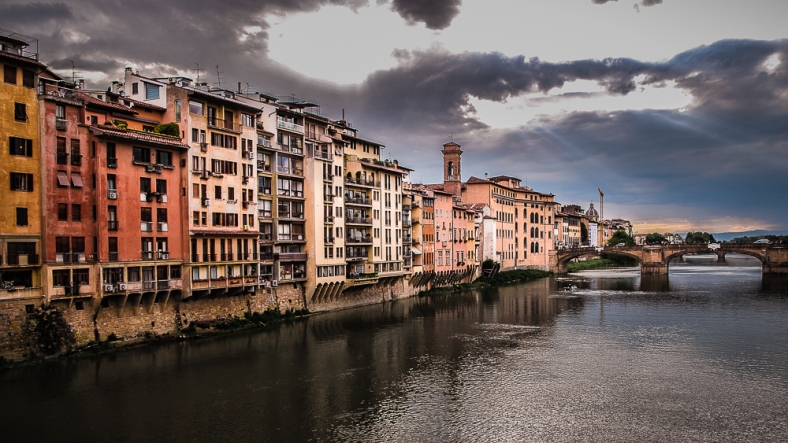 Katie says: Congratulations to Stacy on her 6 month anniversary and thanks to her for organising it and Loré for sowing the seed of an idea that has grown into the post that is AfterBeforeFriday “The Reveal!”. 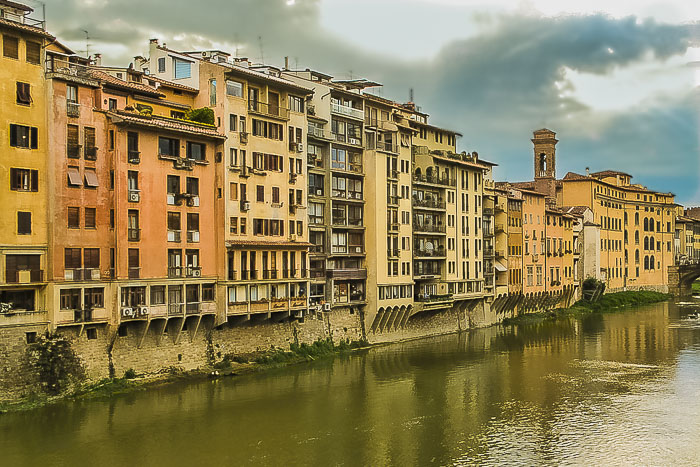 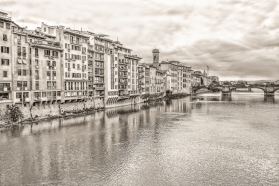 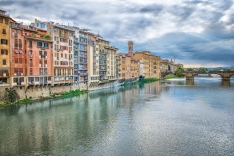