Welcome to ABFriday’s monthly One Photo Focus where, this month, 16 photographers are sharing their post-processing interpretations of one “before” image submitted by Bren Ryan of RyanPhotography.

We begin with Bren’s “before” image, followed by the “afters,” and at the end, a gallery of all so you can watch the changes as you scroll through. Be sure to click the links to each participant’s blog as many have written posts “uncovering the magic” behind their “after” images. And if you would like to participate in August’s One Photo Focus, you’ll find all the details on the After-Before Friday Forum page. 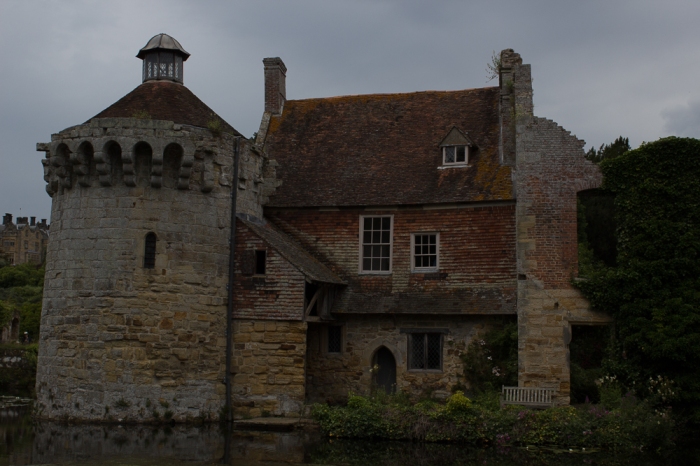 I absolutely loved Bren’s image, drawn not only to the textures and colors but to the reflection as well. I had recently read a tutorial by Leanne Cole on Digital Photography School about adding reflections using Photoshop and thought I’d try my hand at it. I first made some basic adjustments to the image in Lightroom and then brought it into PS, where I pretty much followed Leanne’s blueprint. It took some trial and error, as I’m far from adept at using the program, but I was pretty happy with how the reflection turned out. I followed up in ColorEfex Pro, where I selected a pro-contrast filter and added a vignette using the darken/lighten center filter. All in all, a fun experiment for me. Thanks, Bren (and Leanne), for providing the inspiration!

Brenda says: I began adjusting the exposure and white balance in Bren’s raw image  before going into Nix’s Viveca 2…wanted to explore what, if any thing, was hidden in this image’s shadows. I then played around in ON 1 Photo Effects before going to Nix’s Analog Efex 2…I have become enchanted by Nix’s wet plate and broken choices.

Enchanted is a good word as this image speaks of an enchantment…of a travel back in time…to a childhood storybook narrative. 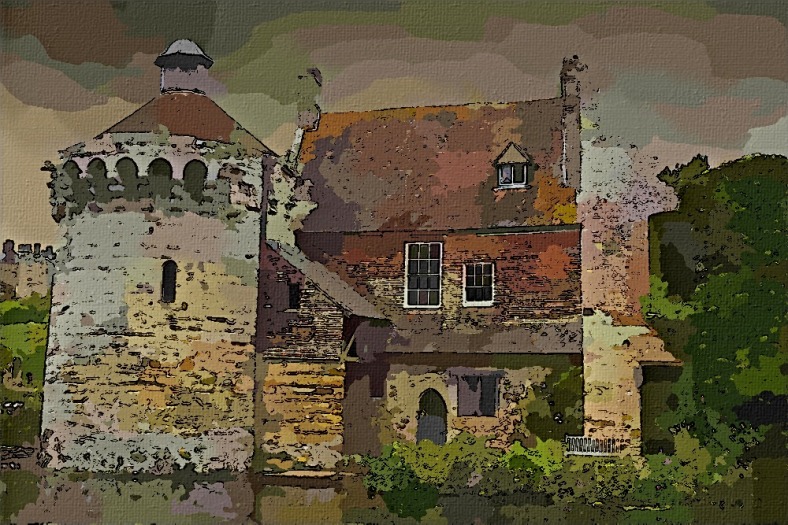 Laura says: I’m back to my painterly ways for this one.  🙂   The result consists of three parts:  Castle, Wisteria and Sky.  Since Bren lives in England I tried to go with the image by putting some english flowers in the foreground to create some depth.  You’ll laugh but I googled “english flowers” because I wasn’t sure what to put there.  I found an archway of wisteria in a free image so I went with that; and I have no idea if that’s a typical English flower but let’s pretend it is lol. 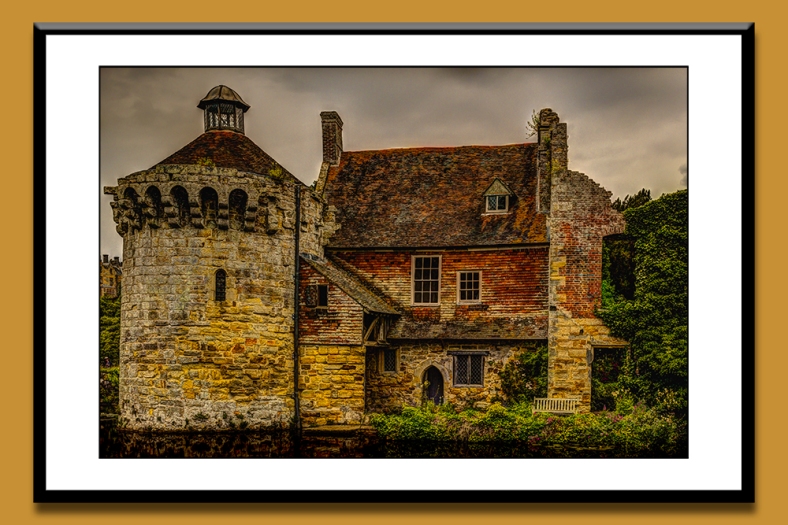 Raewyn says: Obviously I wanted a vintage look.  So I did my usual edits with Nik Collection HDR and then with Nik Analog and Topaz filters. 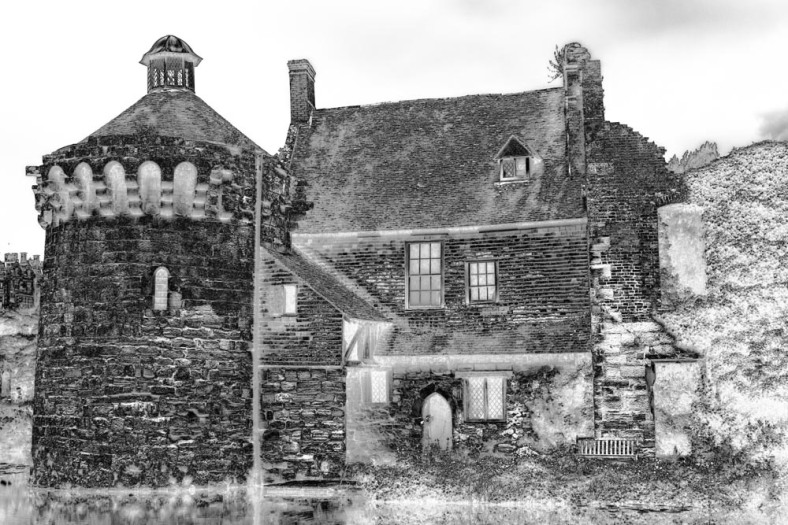 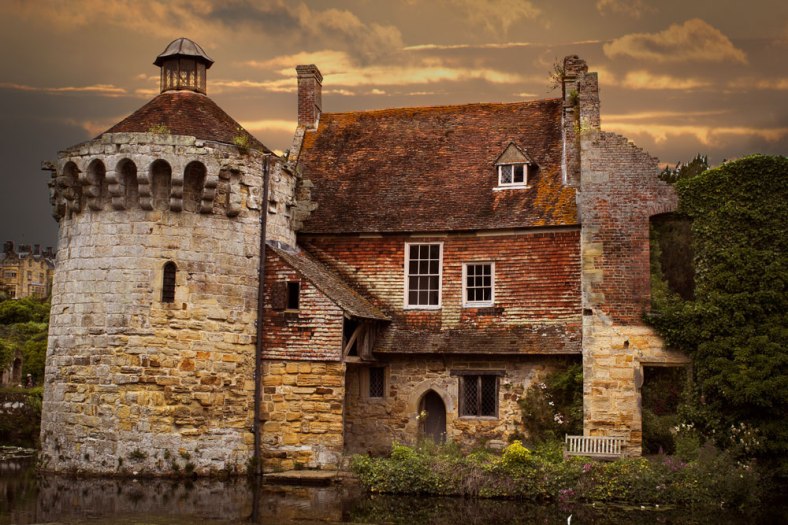 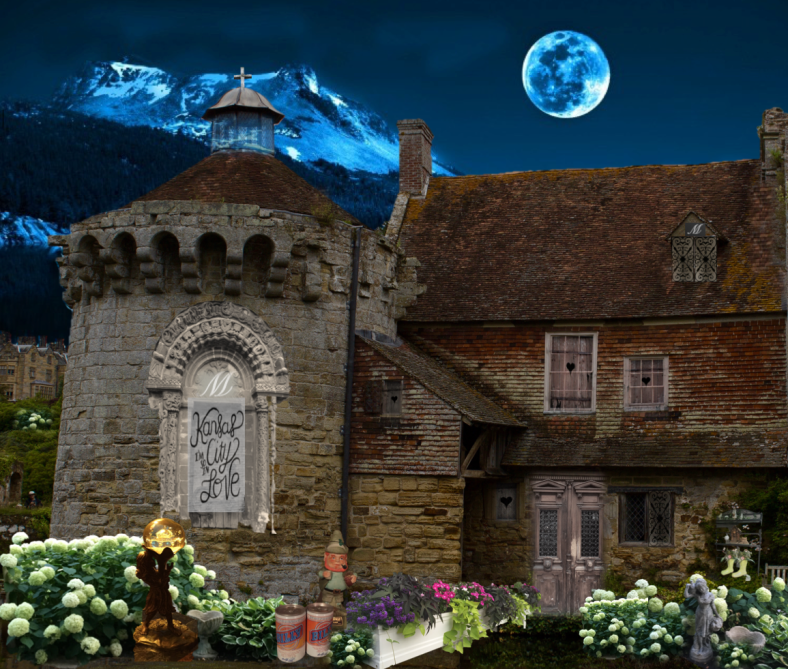 Yvette says: My post processed version of Ryan’s photo was inspired by my mother-n-law’s recent wedding in Kansas City, Kansas.  I decorated the front yard with items from their gardens (large hydrangea shrub, window box, and some trinkets from their house including a gnome with two cans of “billy Beer”).  I added in Cody’s moon again this month, but instead of a pink moon, I went with a cool blue moon to welcome in relaxing July.

Sherry says: The original “castle” by Bren Ryan of RyanPhotography was dark (on purpose I’m sure) so first I opened up the shadows in Lightroom. I felt that the castle needed some breathing space and some interest in the sky. To do that I masked castle in Photoshop and imported a suitable background of my own, taken in Panama 5/21/2014, to place behind it. I selected the water and duplicated it as a layer and stretched it to fill the bottom and stretched part of it to fill the area on the bottom left. I blended it in by cloning and masking then merged those layers. Lastly, I brought it into onOne for a few more adjustments. 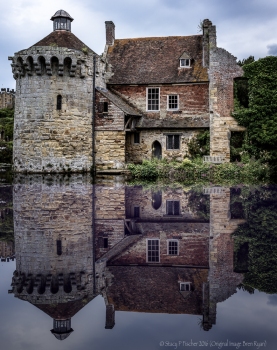 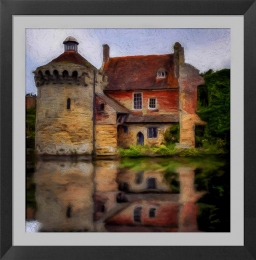 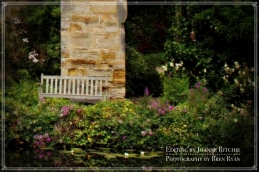 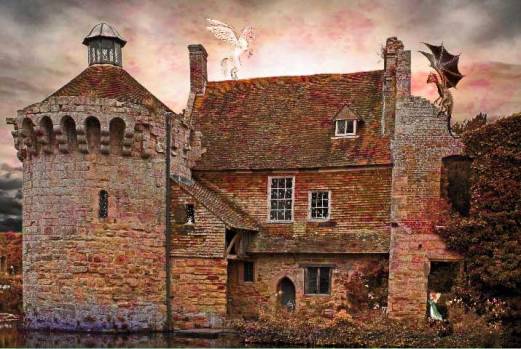 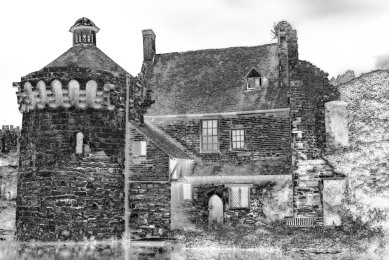 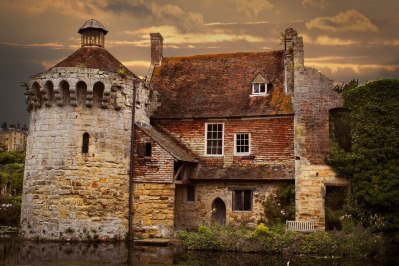 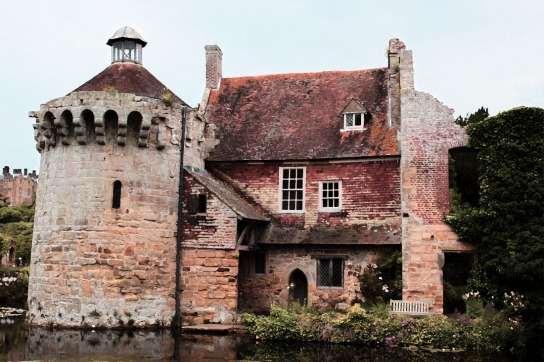 25 thoughts on “July One Photo Focus”