Welcome to ABFriday’s monthly One Photo Focus! This month, two dozen photographers are sharing their post-processing interpretations of one “before” image submitted by Julie Powell of Julie Powell Photography.

We begin with Julie’s “before” image, followed by the “afters,” and at the end, a gallery of all so you can watch the changes as you scroll through. Be sure to click the links to each participant’s blog as many have written posts “uncovering the magic” behind their “after” images. And if you would like to participate in June’s One Photo Focus, you’ll find all the details on the After-Before Friday Forum page.

Don’t forget to check out After-Before Friday, hosted by Benjamin Rowe on Aperture 64. There you can share the magic “after” of your own “before” image, every Friday except the first Friday of each month (when One Photo Focus runs)!

I have to admit, I wasn’t quite sure where I wanted to go with Julie’s image, except that I knew I wanted to focus on the building. I began in LR and applied some lens and perspective correction and followed up with auto tone and auto WB. Not my usual editing path, but I wanted to do most of the heavy lifting with filters. I chose Color Efex Pro to see what I could find. Using a combination of 5 filters (detail extractor, contact color range, film efex (vintage), glamour glow, and skylight filter), I ended up with a faded color image that certainly brought detail to the building. But then I decided to add in the infrared film filter and I liked that even better. I brought the image back into Lightroom, and just for fun, added a color preset I have in my arsenal. And that’s where I ended up.

Thanks, Julie, for giving us another great image to play with!

Laura says: Just to show how much I love this challenge, I hope you see the “heart” in my image.

Brenda says: The editing of Julie’s image was done with Nix’s Sharpener, Color Efex Pro 4, and then finalized with their Analog Efex Pro 2. 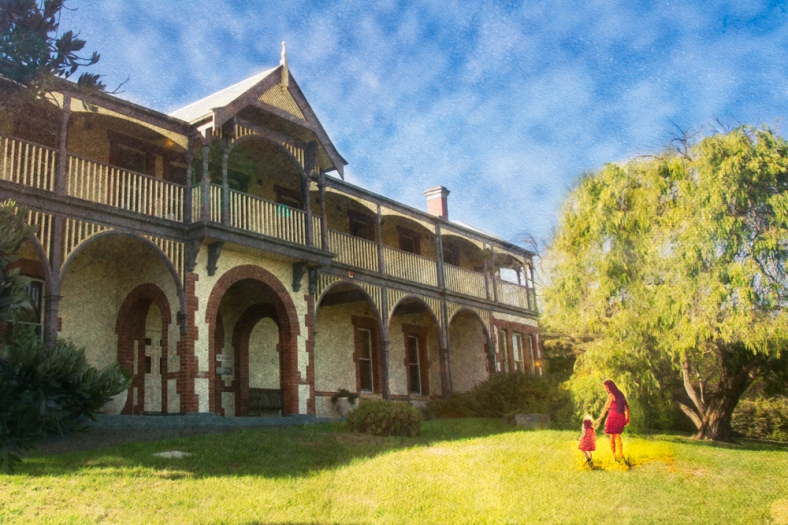 Chris says: I lacked a bit of inspiration for the editing of Julie Powell’s image, but in the end decided a sepia treatment of the homestead would be OK.

After: Hotel by Julie Powel – edited by Sherry Felix

Sherry says: I wanted to change the light and make it a bit more romantic. To do that I used two other photos, one of a sunrise and another of a flowery meadow. I masked parts of them off. I also used overlays; a photo filter to put a little blue back in and a warming filter. The screen capture in my post shows how I masked the layers.

Pieter says: For the editing I first made a cut out and then started by adding a little red and blue to the image. Then I removed the color from the grass and made the sky dark and as a finishing touch made the white roof blue.

David says: Although I didn’t have too much time to edit this month, I felt that Julie’s image was perfect for trying to create something a bit more out-there than my usual edits. I used a few tools I hadn’t before as well such as distortion and created the mirror effect using layers in Photoshop Elements and made the colours pop. To me it makes for a cartoon/animation film type finish. Oh and I wonder if you can spot the faces that appeared as I did it….. 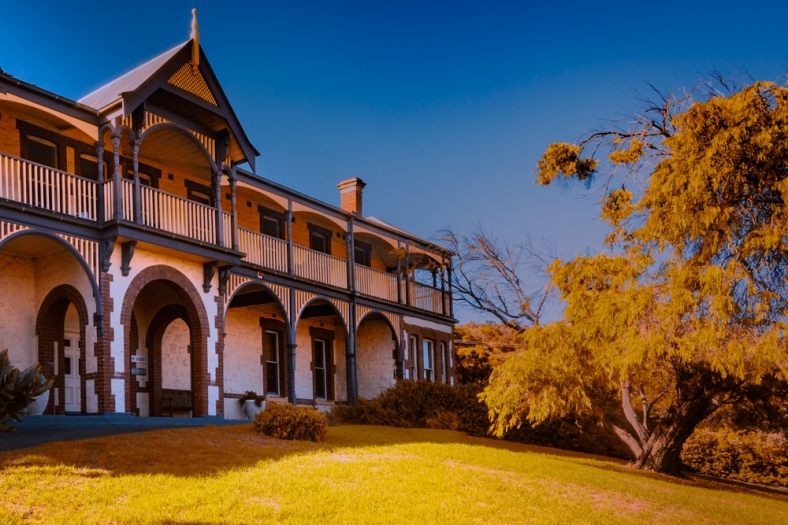 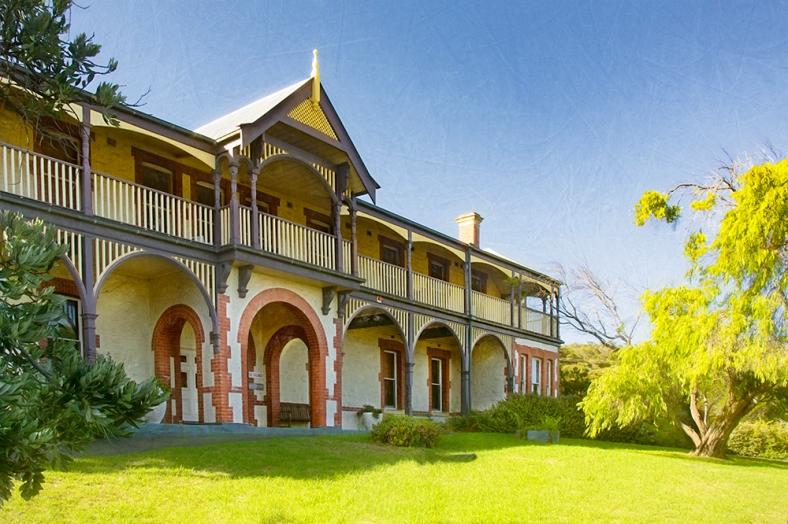 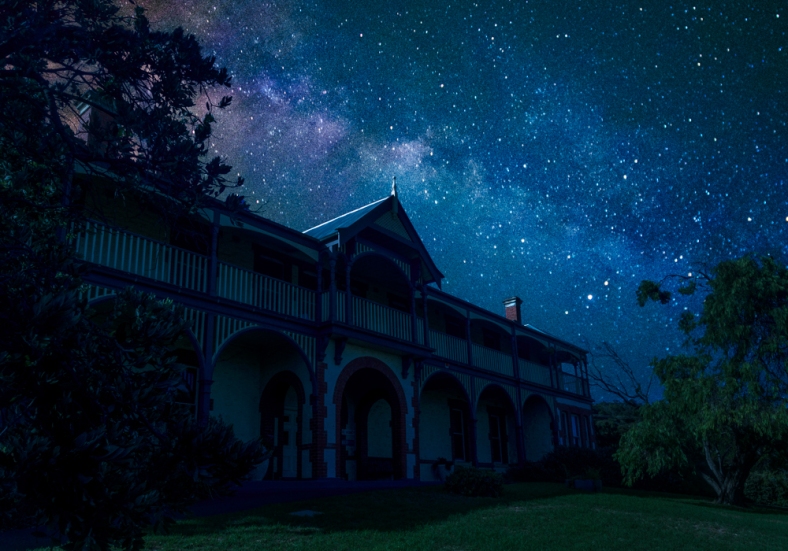 Robin says: This month’s image was a lot of fun to work with, many thanks to Julie Powell for providing it.  It had a number of intriguing possibilities, and I opted for a sci-fi mood.  Details can be found in my post but, in brief, most of the work was done in the Filter Gallery.  Instead of just one filter effect, I created several layers, each using a different filter and different opacities.  I am looking forward to seeing what others have done.

Submitted by Yvette — In the Zone 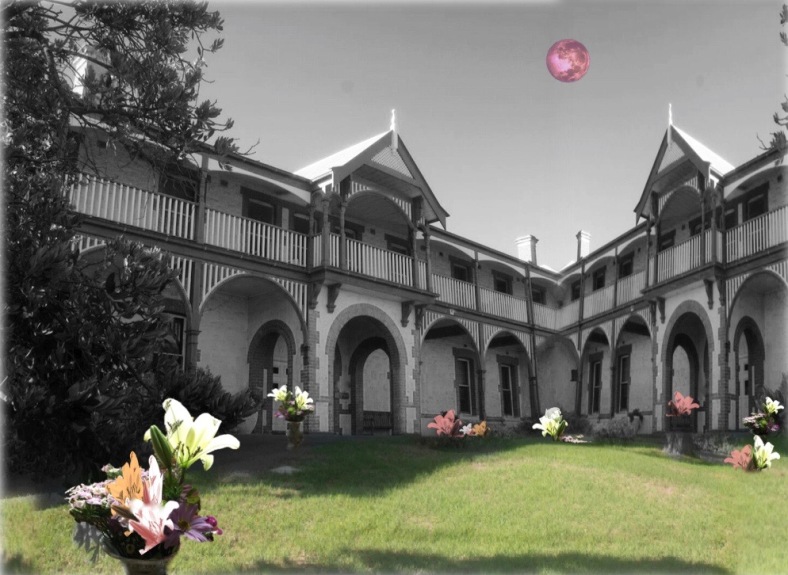 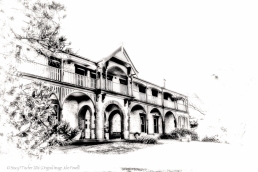 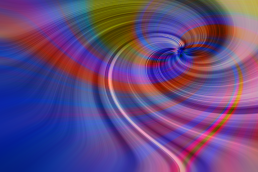 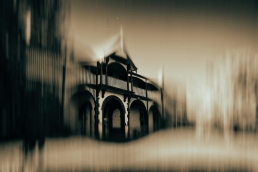 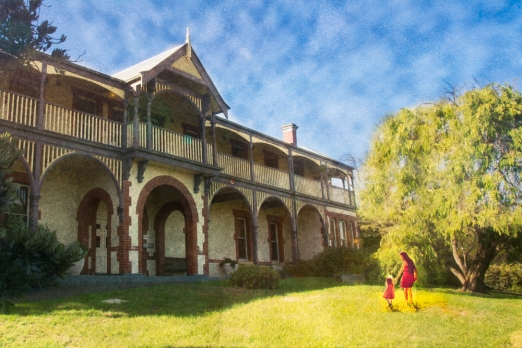 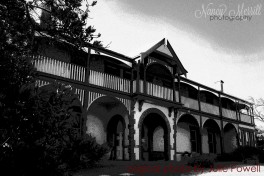 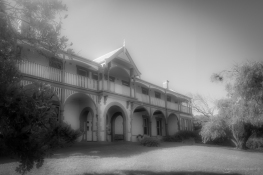 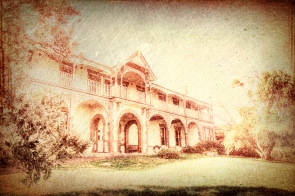 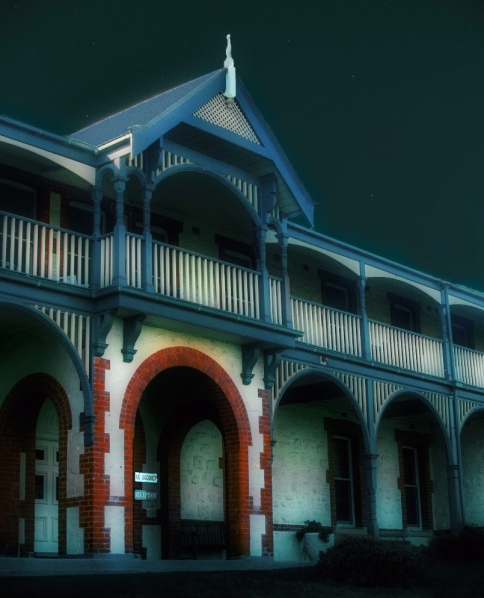 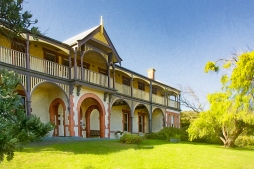 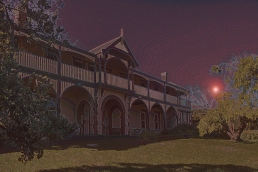 42 thoughts on “May One Photo Focus”