Today is ABFriday AND the reveal of February’s ABFriday One Photo Focus photo! What is One Photo Focus? It’s the first ABFriday of each month when all participants edit the same photo. Pretty cool, huh? Check out January’s 1PF (just made up this shorthand); it was a blast!

In a nutshell, here’s how it works:

A time zone converter and all the important submission details are on the After-Before Friday Forum page, as are the details for participating in “regular” ABFriday posts. Come along and join us in one or the other (or both) – we’re a pretty fun group!

Okay, where is the photo? Well, as with all good things, it comes at the end of this post. I mean, really, there are amazing galleries of after-before photos submitted this week for you to see! But first things first: Welcome to our newest ABF participant: Nancy Merrill (nancy merrill photography), and as always, welcome back to our regulars.

My submission: This week, I decided to post-process outside the box and create 2 stylized photos from one fairly bland photo of a sentry box (“guerite” in Spanish) on San Juan’s fortified wall. One takes a fine art approach; the other, well, think old-time horror movie. To do this, I relied on Nik Color Efex Pro 4. For those unfamiliar with the program, the video will walk you through the steps I took. 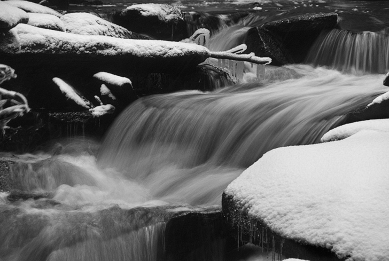 Robin says: My submission this week was taken five years ago this week in West Virginia’s Blackwater Falls State Park.  The stream is Shays Run, just below Elakala Falls.  And if you think it looks cold, you are right.

Katie says: For this week’s ABFriday post, I have been playing about with some old prints I took quite a few years back.  I scanned and edited them using Lightroom by cropping and cleaning up the image. This is not one for the purists!

Submitted by Sabina — Victim To Charm 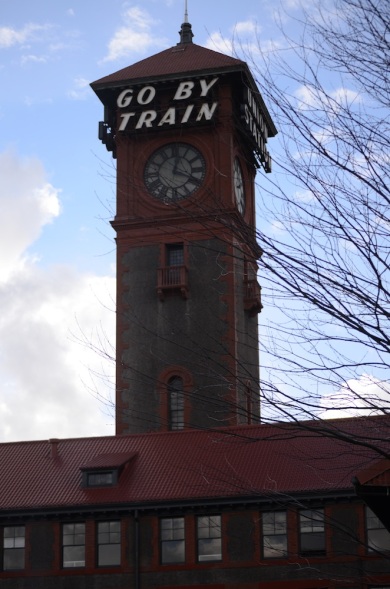 Sabina says: This photo was taken from my car window as I was making a three-point turn–naturally, I wasn’t quite focused on the quality of light. I used Photoshop to transform it from dreadfully backlit to appropriately exposed, so now viewers can actually see one of Portland’s more iconic landmarks. 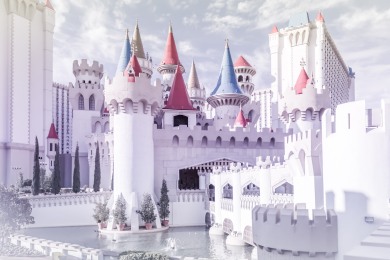 Emilio says: No, this is not a ride in Disneyland. This is a ride in Las Vegas Nevada. OK, it’s not a ride, it’s the Excalibur Hotel and Casino. But if given half a chance, they’ll take you for a ride! 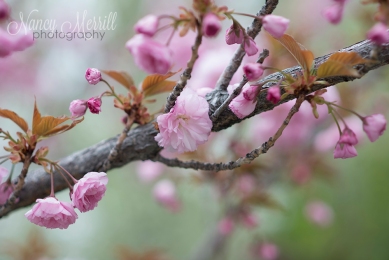 Nancy says: This image was taken in Nikon RAW (NEF) format, so I began by enhancing the image in the RAW converter in PhotoShop. I bumped up the exposure, contrast, whites, clarity, and vibrance and bumped down the shadows and blacks. Once the image was open in PhotoShop, I added additional contrast, created a layer that let me fade the color on the background and erased the foreground image with a soft brush it to let it come through. I then added a layer between the contrast and fade layers to sharpen the foreground image, including some minor adjustments on the shadows and some major ones on the highlights. 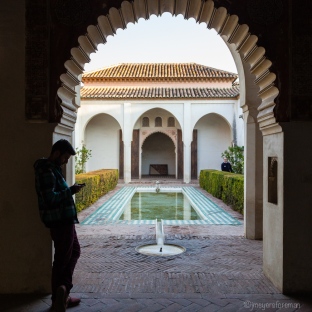 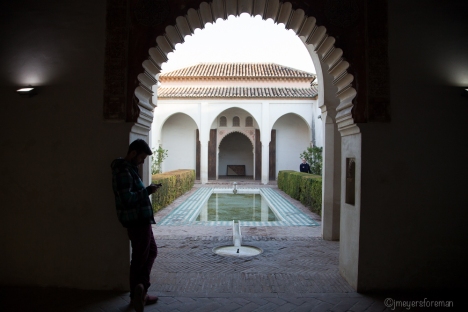 Loré says: I promised myself I’d be good this week, trying to keep my imagination in my little box. I  wanted to show that I can take images that don’t need a heavy hand in post-processing. No cropping, imagine that! I really took my time to take this photo, trying to get the symmetry. But me being me, I forgot to bring down the ISO, so it turned out too bright. I slightly adjusted brightness and contrast, just to make it a little bit sharper. And that was all. You see, miracles do happen.

P.S. I just couldn’t resist, so I created another after, with a little sparkle of drama. I cropped the original ever so slightly, to make it more tight and then I went wild. Just a little bit. 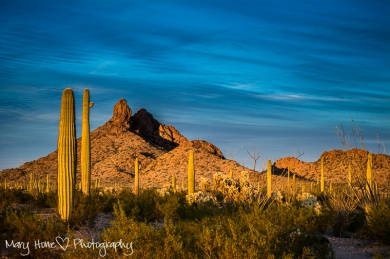 Ben says: This week one magnificent building now in disrepair.

Amy says: This was captured with SS 1/2000 second. The duck flew up unexpectedly. Luckily, I had my camera set ahead of time. I wasn’t sure that I captured the action. When I open the file, I was okay with the result, considering it was the second time that I tried to capture the flying bird.

I first went to Perfect Photo to clean up the branch and the corner using the eraser (an effective feature of PP).  I then went to LR to crop and adjust the level a little. Next, I adjusted black, white, highlight, and also decreased the shadows a little on the Basic panel, then increased the clarity and sharpness, also decreased the yellow color in the water, which was the reflections of the bushes. In the tone curve panel, I clicked the mid tone. The last thing I did was reducing the noise level and adding a little vignette. 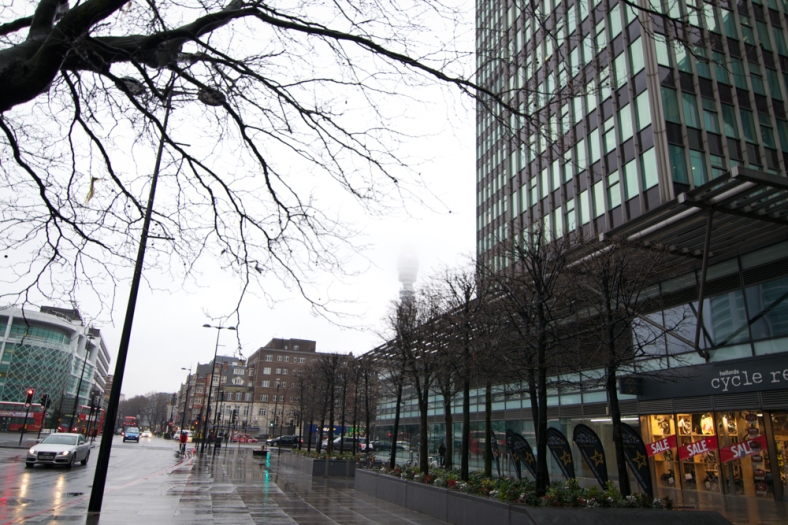