Welcome to ABFriday’s monthly One Photo Focus! This month, 25 photographers are sharing their post-processing interpretations of one “before” image of the London Eye submitted by Robin Kent of PhotographybyKent.

We begin with Robin’s “before” image, followed by the “afters,” and at the end, a gallery of all so you can watch the changes as you scroll through. Be sure to click the links to each participant’s blog as many have written posts “uncovering the magic” behind their “after” images. And if you would like to participate in September’s One Photo Focus, you’ll find all the details on the After-Before Friday Forum page.

Robin says: Since it was my turn to provide the image, I decided to play it straight for a change.  I figured the group would come up with some excellent wild and crazy stuff and I am looking forward to seeing them all. 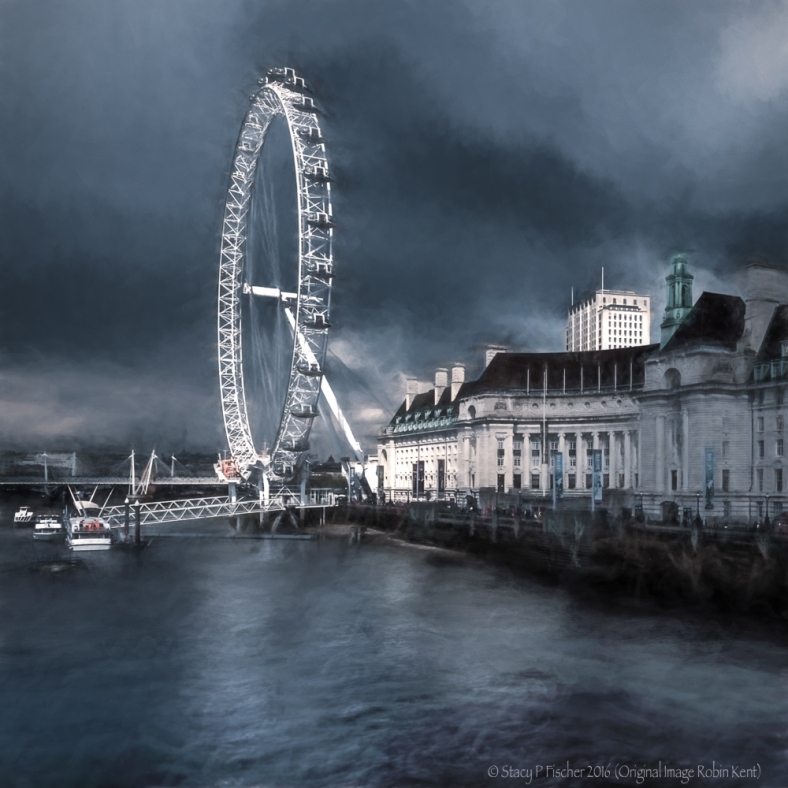 Having taken a spin on the London Eye a number of years ago, I loved revisiting the memory with Robin’s photo! This month, I decided to be a little more “artsy” in my editing approach, in keeping with the “fun” of the giant wheel. In addition to correcting the vertical lines and lens profile of the original image, I used a few presets in LR to emphasize the light that brightened the wheel, the facade of the adjacent building, and the building in the background. I cropped the image into a square to bring more focus to the wheel and then exported into Topaz Impressions, a program I use very little. But once in, I loved the look of one of the watercolor filters, tweaking it a bit to customize the result. Back in LR, I applied another filter to lighten the image overall, added a graduated filter to the water at the bottom to lighten that up a bit more, and finished up with a slight vignette.

Thanks, Robin, for a wonderful image and bon voyage as you begin your journey through the Northwest Passage; I can’t wait to experience that adventure through your lens! 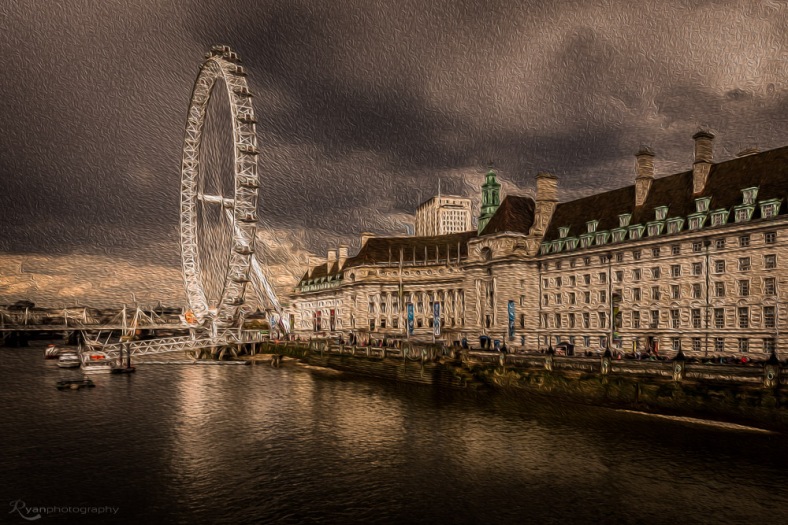 Brenda says: As I began my editing of Robin’s raw image in Capture One, I also applied a keystone adjustment to the ferris wheel before cropping and moving into ON 1 Enhance Effects and then Color Efex Pro 2. While in Color Efex, I played around with their Detail Extractor, Tonal Contrast, Vintage, and Sunlight layers before ending with Polaroid Transfer to give it a holiday souvenir touch. I then finished the image with Photoshop’s dodging tool to lightly bring out the reflections in the water. 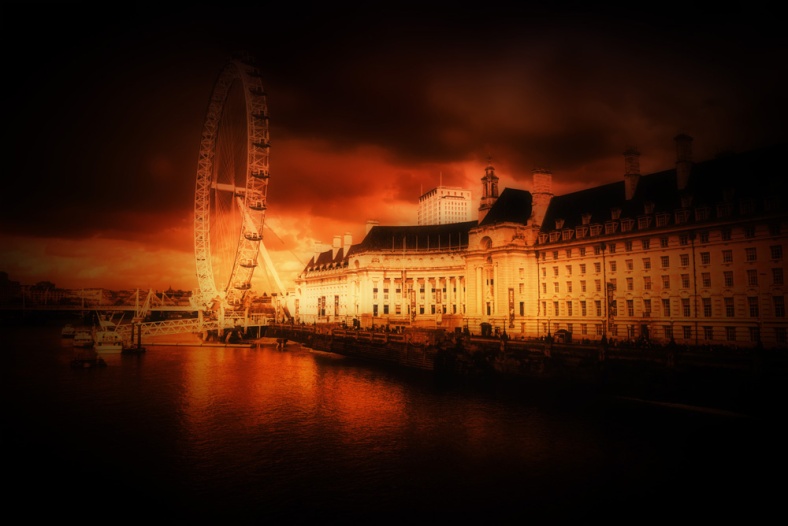 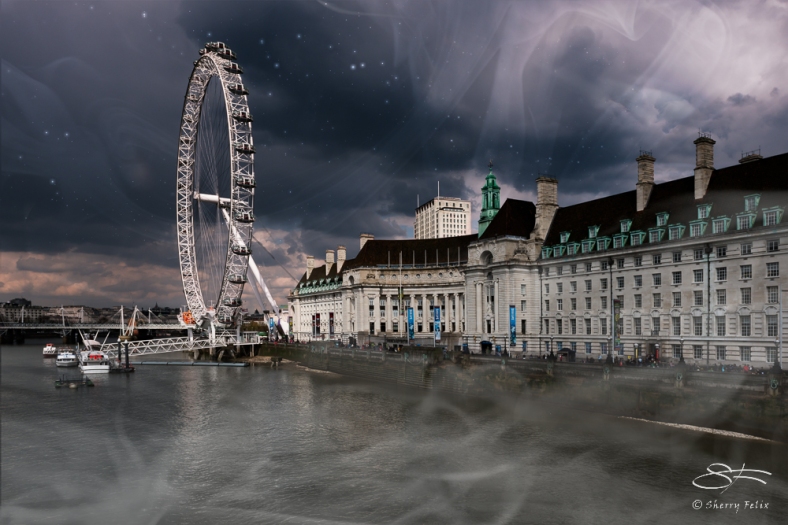 Sherry says: Robin’s original was perfect. I straightened the Ferris wheel and darkened the sky in Lightroom. Then in Photoshop, added wisps of mist, and stars to make it mystical (above).

In 1956 when I was seven my mother and I moved to London. It was my job to light the coal fire in our flat at Queensborough Terrace, near Kensington Gardens. Central heating was not common then; therefore, London was a much foggier place. I remember fogs so thick it was hard to see a yard ahead. Coal fires helped create smog, a mix of smoke and fog. Yellow smog was tinged by the Sulphur in the coal. Those were called “pea soupers”. The Great Smog of 1952 (Wikipedia) killed many Londoners. Dirty unwashed and untreated coals were eventually banned and smoke free coals and fuels used instead. Now central heating is the norm and fireplaces occasionally used to create ambience. Y. Prior says: I increased the color intensity to darken the water (more than it already was) and this also highlighted the color in the flags and green building top. I straightened the ferris wheel by moving it to the left a little, cropped the building on the right.

I decided to connect Robin Kent’s London image to the Jason Bourne theme because when Stacey emailed us the photo, we were watching The Bourne Identity (2002) and the scene with the Treadstone Safe House in Paris looked like it could fit nicely into this building. 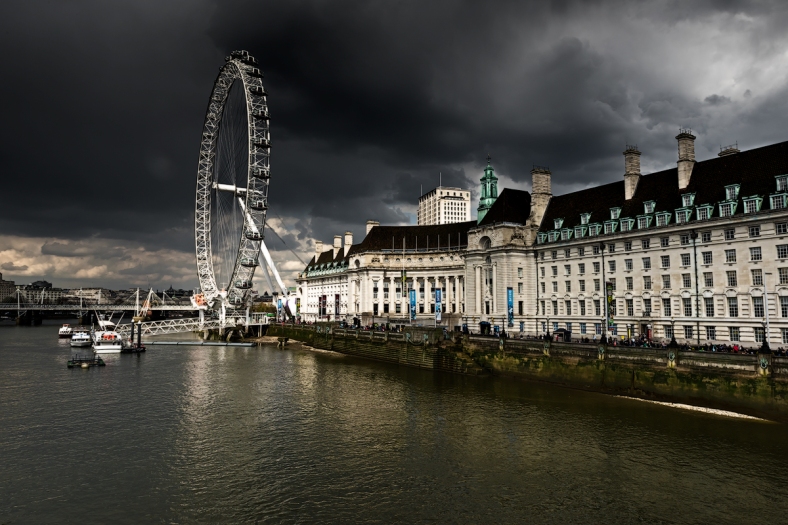 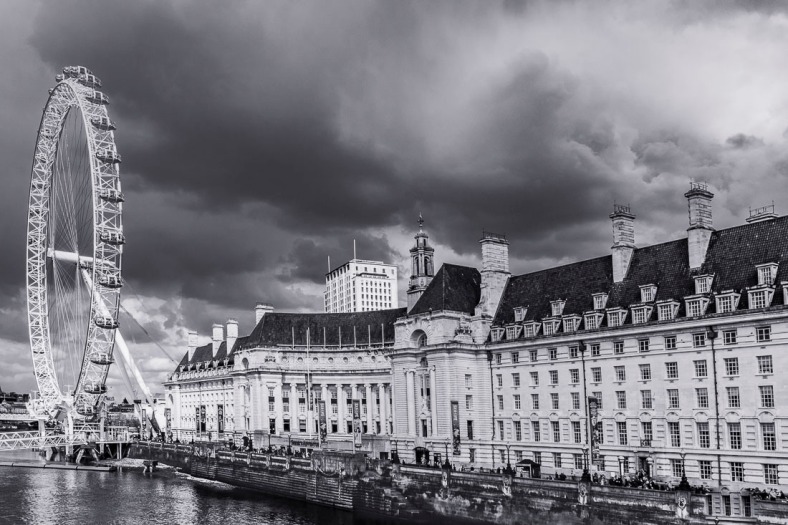 Submitted by Yan Balczewski — From Hiding to Blogging

Submitted by Ashleigh Pienaar — Through the Viewfinder 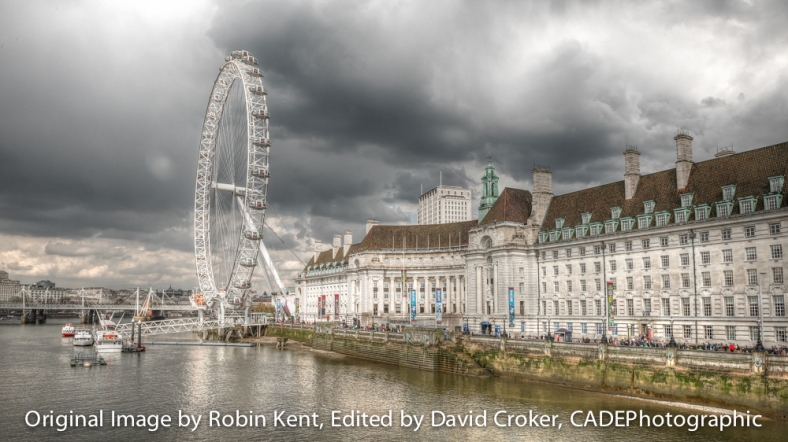 David says: As I live quite close to London, I have photographed the London Eye from a range of angles so for me, getting to edit someone elses was an opportunity to push the boundaries a bit. My plan was to simulate an HDR of the single image provided and try to bring out the of the drama that I could see within the clouds. It was quite a lengthy process as I had to change exposure and contrast levels in Lightroom ending up with what could effectively be classed as a 5 bracket HDR before exporting to PhotoMatix Pro for finishing off. An enjoyable image to work with. You can see the full process on CADEPhotographic.

Michelle says: Since I have never been to London, I thought I would try to make the great shot a post card…

Madison says: I removed the background in order to bring more color into the photo. I decided to only keep the main building and added a little layer of beach. 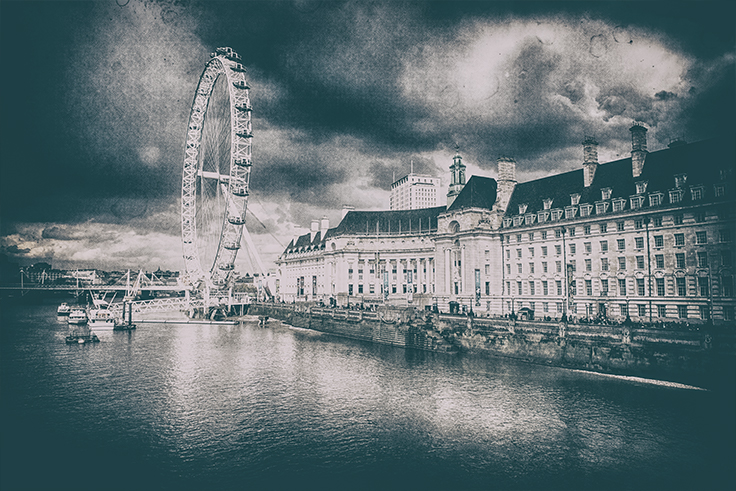 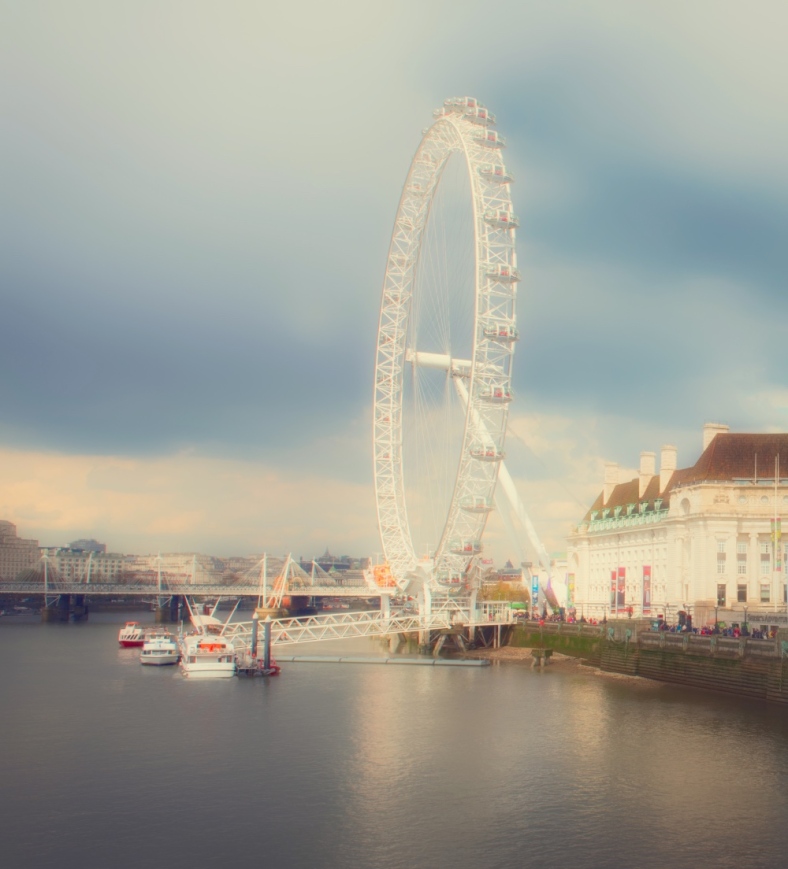 Joanne says: My goodness, Robin’s photo had my creative juices in a twirl for so long that eventually I used that as my inspiration! 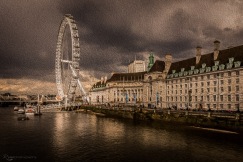 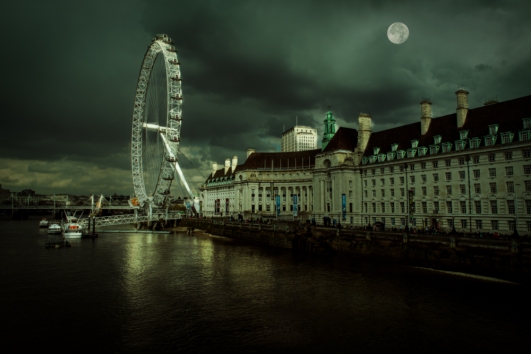 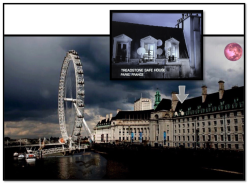 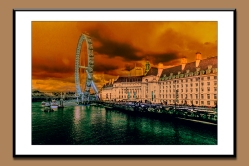 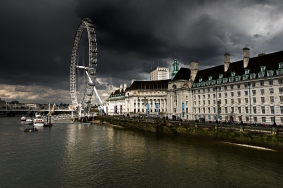 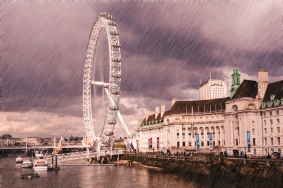 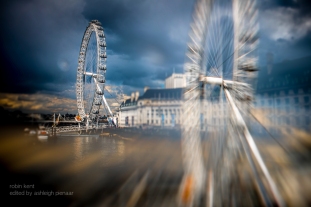 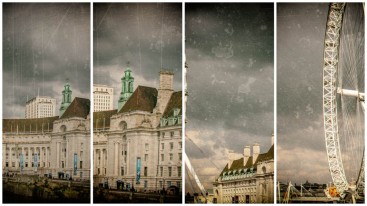 37 thoughts on “August One Photo Focus”