Another big week at ABFriday, with 1 video and 7 photo galleries from 7 photographers. Many thanks to all who have submitted their work. If you’d like to participate, guidelines are on the After-Before Friday Forum page. NOTE: For those viewing the post in the Reader, if the slideshows don’t load, please visit the original post.

My submission: This week, I’m highlighting the use of two Selective Editing tools in Lightroom 5: the radial filter and the adjustment brush. I use the radial filter to isolate the horse’s head, darkening the exposure of the rest of the image. With the adjustment brush, I use one to sharpen and highlight the horse’s head; I use a second to create a shallow depth of field on a good portion of the image.

I’d be interested to hear any thoughts, either on the photo itself or on the tutorial. Also, if there’s anything you’d like me to focus on in an upcoming tutorial, I’d be happy to try to oblige! 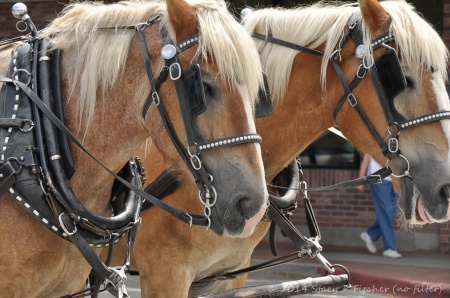 Robin says: This week, I thought that it might be interesting to talk about a specific technique rather than go through the entire post process of a selected image. One of my favorite tools is the so-called “Photomerge” process in Photoshop. The technique can be used to solve a variety of problems and is most often used to maintain sharpness in large prints. In this case, however, I used it to compensate for the fact that I did not have a super-wide lens at a time I needed it. The location is Mitchell Pass in Scotts Bluff National Monument in Nebraska. The “Before” image here shows two separate images taken a few seconds apart. Both have already been through Adobe Camera RAW and the next step for them was the Photomerge process. The “After” shows the final result, including the post-merge clean-up and some addition work in Photoshop. Additional details on the Photomerge actions that produced the final image can be found at my post. Thanks again to Stacy for organizing this forum. I may be outside the rules here because I am starting with two images and mashing them into one, hopefully I can slip it through the regulatory process. 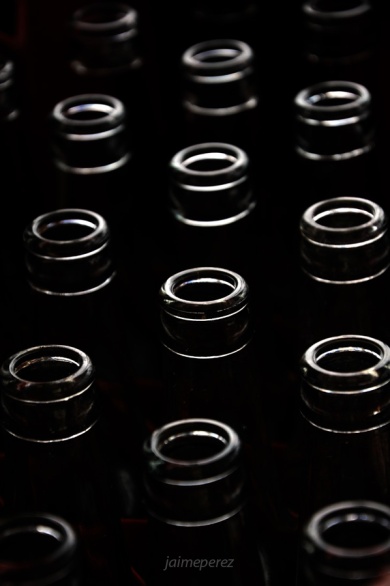 Jaime says: This time, the editing process of my image (already posted before) is intended to show the way I tried to “fill the emptiness.” 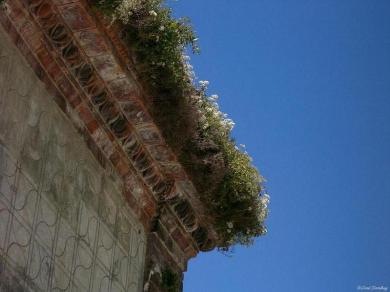 Loré says: This week I chose an image that I posted a few days ago in my RAW collection. The image was processed in PicMonkey and I was surprised how much it changed with just few little tweaks. I straightened it for a couple of degrees, which in turn automatically cropped the image. Again, as with last week’s image, I marginally increased saturation and temperature. In the end I increased shadows just enough to accentuate the details of the facade. You can find more details on my blog. 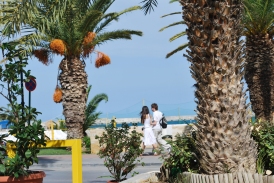 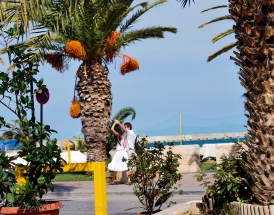 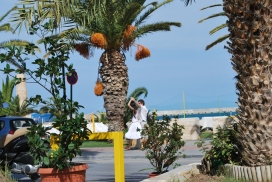 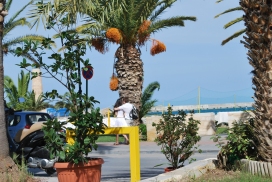 Visit Karen’s post to read about her post-processing choices. 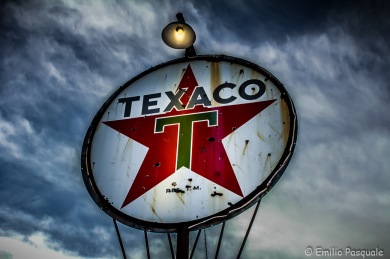 Texaco (After), by Emilio Pasquale, Photos by Emilio 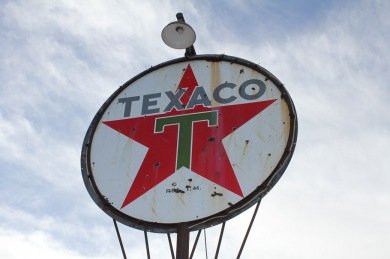 Texaco (Before), by Emilio Pasquale, Photos by Emilio

Emilio says: I bought my Canon T2i in July of 2010. I knew nothing about shooting in RAW or how to really use my new camera. So this was shot jpg with the Canon EF-S18-55mm kit lens, probably on full automatic mode. Amazing that Lightroom could still pull so much out of it. Some might say I went a bit overboard with the post processing but I just couldn’t stop myself. There were 94 adjustments done to this image but really most of them were tried, then deleted, before I got to my finished image. So let’s just say there were only half that. Approximately 47 Lightroom adjustments. I think I was in the ballpark after only 6 adjustments and it will be nice to hear what others think!

Sky (After), by Benjamin Rowe, Aperture64

Sky (Before), by Benjamin Rowe, Aperture64

Ben says: This week, I wanted to play around with black and white as well as mixing a few ideas from my recipe book. My post will be live here http://wp.me/p2DjHx-1nu